The ADFC is Germany's bicycle advocacy group, and they've come up with a funny term: MAMIL, which stands for Middle-Aged Man in Lycra. What they're referring to are studies that show it's typically macho dudes in their 30s and 40s who feel most safe riding a bike, particularly in adverse conditions; the number of bike-riding females, elderly, and well-parented children are kept down due to safety concerns.

If you hit the "studies" link above, you'll find another study reporting that "in European cities with separated bicycle infrastructure, women account for 50% of riders." In other words, bike lanes bring equality. And now there's good news for the ADFC, as well as the residents in the Ruhr region of Germany: The country is launching a 100-kilometer (62-mile) fully-paved roadway dedicated entirely to bikes, no cars allowed. 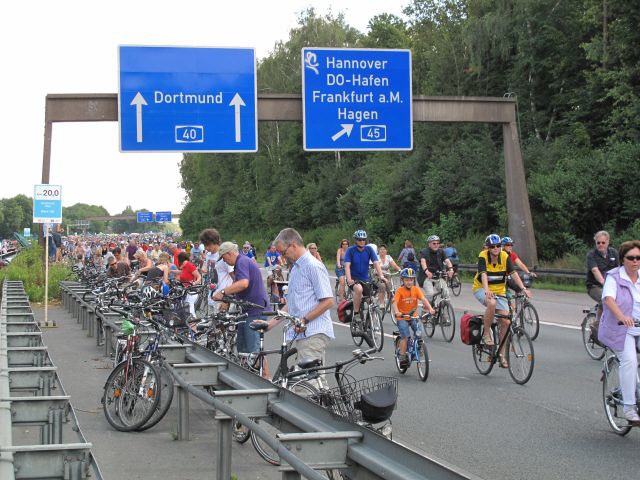 This "bicycle Autobahn," as Phys.org is calling it, will be located in the densest part of Germany. The Rhine-Ruhr metropolitan area has a population exceeding 12 million people spread over nearly a dozen cities, and thus this super bike lane will connect ten cities and four universities. 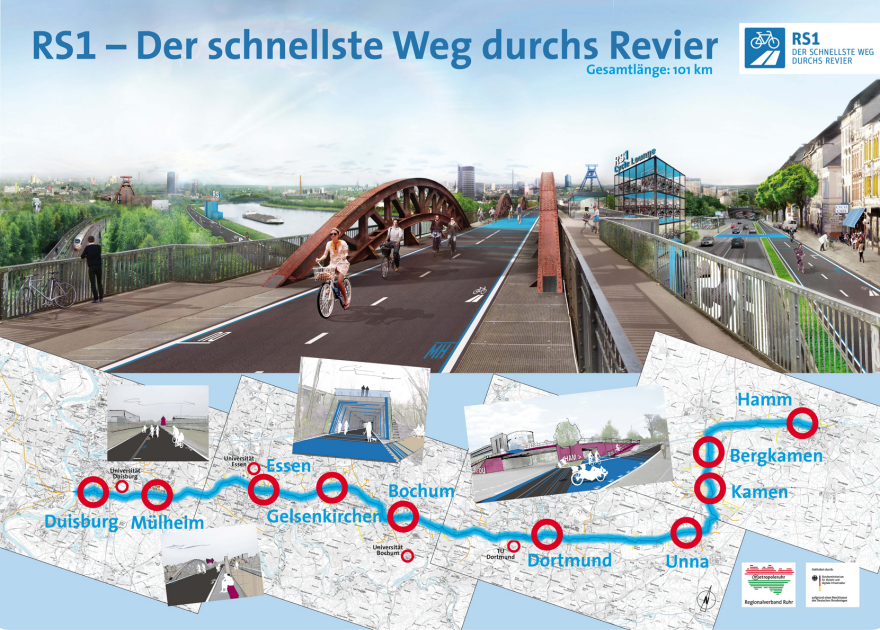 Almost two million people live within two kilometres of the route and will be able to use sections for their daily commutes, said Martin Toennes of regional development group RVR. 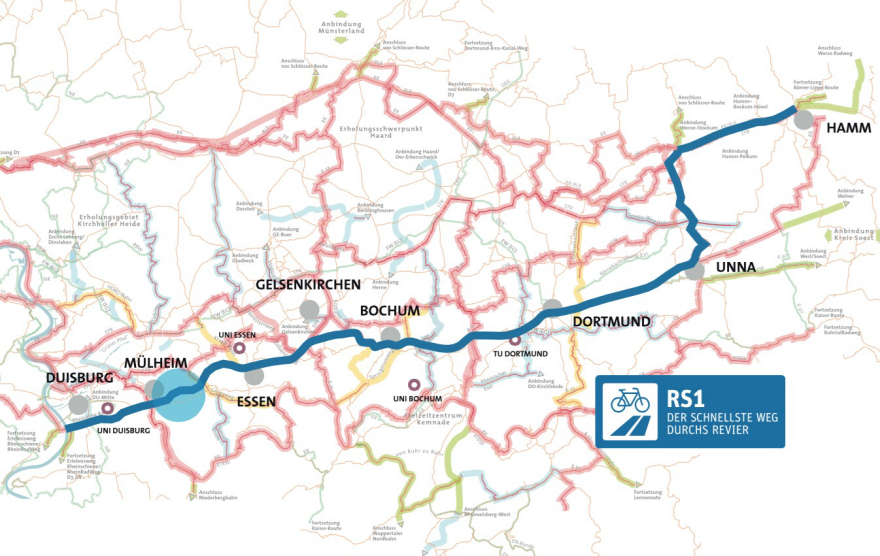 Aided by booming demand for electric bikes, which take the sting out of uphill sections, the new track should take 50,000 cars off the roads every day, an RVR study predicts.

For now the bikeway has been kicked off with a 5-kilometer stretch that's 4 meters (13 feet) wide, as the rest of the path is projected to be; in order to complete the remaining 95 kilometers, financing is required. At €180 million (USD $197 million) the bikeway isn't cheap, and the question of whom will pay for it must be negotiated. So far the RVR is off to a good start: While they paid for 20% of the initial run, they got the local state government to pay for 30% and the EU to pick up the rest. With any luck, the ADFC will soon get their wish of seeing MAMILs and non-MAMILs alike all pedaling to work.

It's not really called the "bicycle Autobahn," by the way; the cycleway's official name is the RS1 or Radschnellweg, which I believe translates to something like "Fast cycleway." (Can any of our German-speaking readers clarify?)