We here at Core77 are always on the lookout for things that need designing, in hopes of inspiring you entrepreneurial designers to attack the problem and make yourself some bread. So take a look at this thing, the unwieldily-named Studio 3B 4-Piece USB Bed Lift Set: 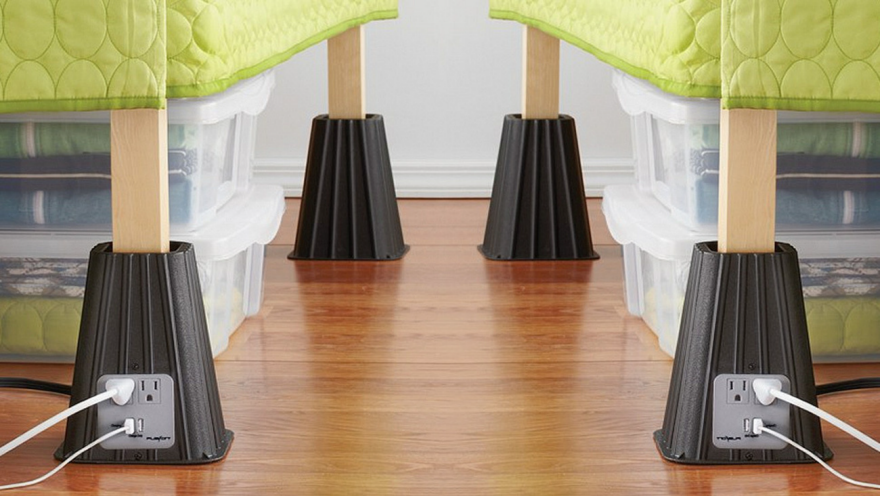 It's ugly as sin, innit? Yet it exists and people are buying it, because there's a need. Folks want power near their beds to charge up their phones and tablets, and adding height to the bed is meant to clear up storage space beneath it. 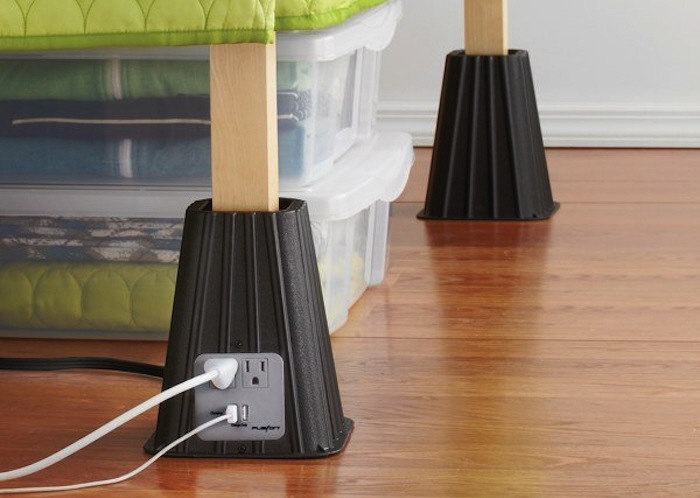 The reason we say it's an opportunity is because although the product is sold at major outlets like Target, Bed Bath & Beyond and Amazon—indicating there's demand—it's getting awful reviews. (Sample: "Don't waste your money. Wish we'd bought cinder blocks and a power strip instead!")

The problem, according to the reviews, is that the product doesn't seem to last for more than a couple of months. Those ugly vertical ribs that are apparently meant to strengthen the structure don't appear to offer true durability and the product breaks. One person reports that their bed collapsed, another writes that they bought three sets and all of them broke, et cetera.

So you've got your work cut out for you. Can you design something durable that fits a variety of bed post sizes and perhaps has different height options? How would you handle cable management, which this product does not appear to offer? And for those of you that don't want to go through the UL certification process, perhaps you could design your product to simply integrate, say, a commonly-available Ikea power strip? Lastly can you hit, or beat, the $29.99 price point?

If your answer to some or all of these is "yes," we've got one word for you: Kickstarter. Get it right, and we'll help you promote it here with an entry.

If Smartphones Were Designed Like Power Tools
As I've said time and again, I hate that talented smartphone designers produce beautiful glass rectangles that we have to bury inside bulky protective cases, obscuring the design details they ...
READ MORE
Toyota Demonstrates Amount of Energy Recovered Through Regenerative Braking By Using Racecar to Power Breakfast Preparation
There are two Toyota stories in the news right now, and we're guessing they only want you to hear about one of them. The one we assume they'd rather go ...
READ MORE

Bird-Biology-Inspired Bionic Boots
In your opinion, which of these animals is more majestic?To an American the choice is obvious, and there's a reason Don Henley didn't co-found The Ostriches. But as far as ...
READ MORE
Modern-Day Small-Batch Hybrid Production Techniques: Combining CNC with
If Smartphones Were Designed Like Power Tools
Toyota Demonstrates Amount of Energy Recovered Through Regenerative
Bird-Biology-Inspired Bionic Boots