It's just five days until October 21st, 2015, the date that Marty McFly traveled to and rode around on a hoverboard on. Which means Canadian inventor Catalin Alexandru Duru has just five days to paint his invention pink, make it a bit smaller and get it ready for McFly. 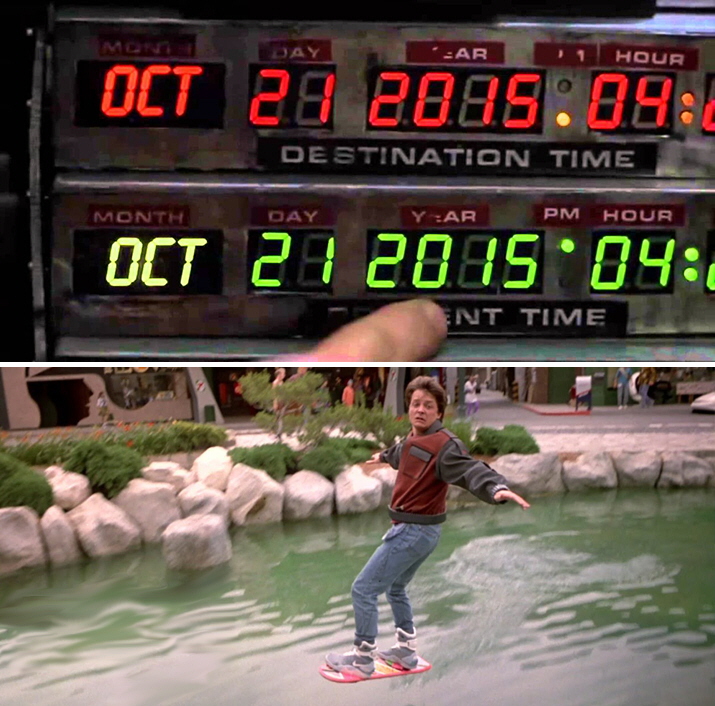 Yes, Duru has invented a working, battery-powered hoverboard—actually, two of them—and unlike the one McFly used/will use, Duru's do just fine over water. Earlier this year the 31-year-old used his first version to break the Guinness World Record for longest hoverboard flight (275.9 meters) over Quebec's Lake Ouareau; now he's already got a second version ready. Though this second prototype was developed in secret, Canada's CBC was allowed to videotape Duru taking it on its maiden voyage:

You gotta love the wirecutter throttle.

Duru has formed a company, Omni Hoverboards, around his inventions, and the CBC reports that the plan is to "have hovercrafts available for purchase across the country." We assume they mean Canada, but like Michael J. Fox himself, perhaps the hoverboards will migrate south.