Shinobu Kobayashi is a Japanese woodworker based in Australia, currently studying Scandinavian techniques in Sweden. The three-continent background appears to have done him well; working in concert with a master cabinetmaker from Denmark, Kobayashi managed to cut this crazy three-way woodworking joint:

According to Kobayashi, this "not popular Japanese joint" is called kawai tsugite and was invented by a Japanese professor at Tokyo University. 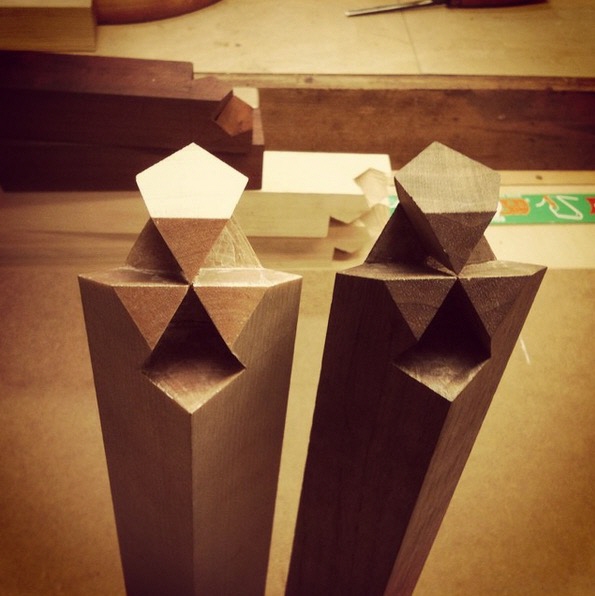 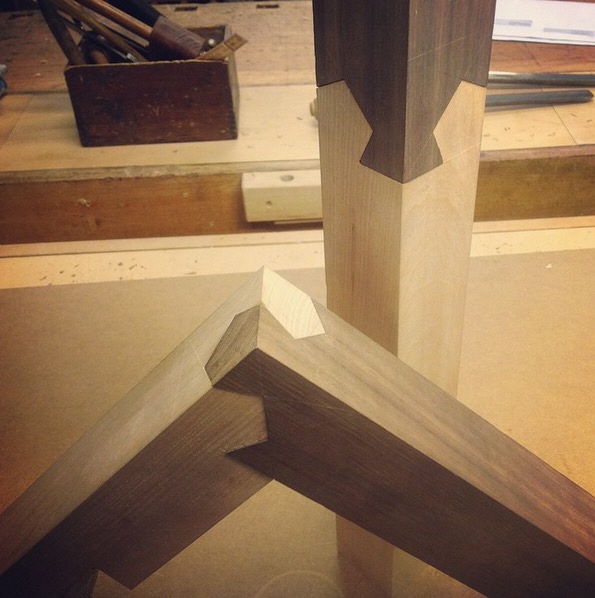 I couldn't figure out how the darn thing works–but Matthias Wandel, who didn't even know what the joint was called, managed to figure it out only by watching the video above! Here he explains it, and reconstructs it:

It's not surprising what happens at the end, but I think the joint is intended to be a mental/crafting exercise more than a practical technique.

Reader Submitted: ‘Painful’ Chair: An Original Approach to Traditional Woodworking
A handmade wooden chair not only demonstrates the beauty of the wood, but through stylistic choices also reveals the cultural influences and elements behind it. "Painful" doesn't mean that you ...
READ MORE
Video of Wood Being Friction-Welded Together
Friction welding is a process whereby two pieces of like material, typically plastic or metal, are rubbed together at high speeds. The resultant heat essentially melts the adjoining surfaces together. ...
READ MORE

Beijing Design Week 2015: Mall Madness
Even as the mall meets its demise in America, the one-stop retail megaplex rises anew, bigger and better than ever, in the Far East, with the gravitational pull to bring ...
READ MORE
A sand clock inspired by Japanese zen gardens
Reader Submitted: ‘Painful’ Chair: An Original Approach to
Video of Wood Being Friction-Welded Together
Beijing Design Week 2015: Mall Madness